Our voting rights are always under attack. As black people, we have faced wave after wave of laws and actions designed to prevent us from voting. There has always been opposition to seeing us vote in large numbers. For a long time, this meant preventing us from voting altogether. Eventually, measures (like poll taxes) prevented us from voting in large numbers. Then, the idea that we chose not to vote led in “relaxed” measure to prevent us from voting. Fast forward to 2008 and 2012 when Barack Obama ran for President and you saw black people vote in record numbers.

Without Obama on the ticket in 2016, we did not vote in the same numbers and it resulted in Donald Trump’s Presidency. After four years of Trump, I can tell you every black person I know was on a mission to vote and get Trump out of office. If you prescribed to the pre-Obama notion that black people would stay home instead of vote, then you would have believed Trump would win. Yet in state after state, the strong turnout of black voters proved to be the difference that swept Joe Biden into office. Remember, there has always been opposition to seeing us vote in large numbers.

So now we are seeing voting laws enacted by Republicans in states all across the country. These laws are being presented under the guise of illegal voting. But, in reality they are designed to stop people of color from voting in large numbers. They know our votes matter and it scares them. Republicans understand this simple fact: by 2050 (and by some estimates a lot sooner) America’s minorities will outnumber the current white majority for the first time in our history.

This means, in their mind, members of the new majority will register and vote as Democrats in massive numbers. If this happens, they will be hard-pressed to win elections in the future. Their only way to stop this is to make it harder to vote. They are doing it by reducing polling places, limiting early voting, and purging voter rolls. These actions have a target: black Americans, and to a lesser extent, people of other ethnic groups and those seeking equal rights. My question to you is what are we going to do about it?

Next blog post: You Think I Don’t Know? My Blackness is a Threat

Gary A. McAbee, Author and Blogger: JOIN ME ON SOCIAL MEDIA!

FREE APP FOR ANDROID: TO DOWNLOAD 2MOTIV8U: THE MOTIVATION FOR THE WORLD APP VISIT THE GOOGLE PLAY STORE- SEARCH: MOTIV8 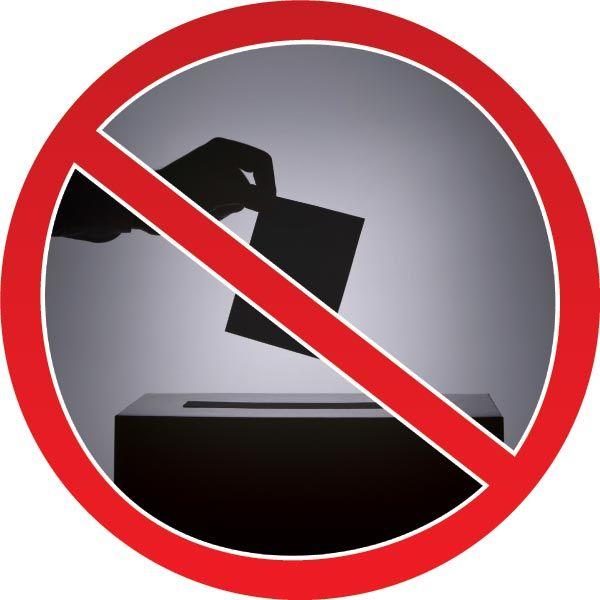 I consider denying voting privileges one of the great disqualifiers. Disqualifiers are things that are taken away from people to prevent them for being active participants in our society. Denying the right to voter meant to disqualify millions of people. It is a way to silence opposing viewpoints, deny the rights of others, and prevent some people from contributing to our system of government. We know there is one political party who actively seeks to deny people from exercising their right to vote. The question for me is very simple: why?

However, tactics like those presented here were slowly, yet steadily implemented to take away the right to vote for many people. Isn’t it interesting that these tactics are more likely to negatively affect the people who were disqualified from voting the most: poorer, minority, and elderly voters. Add to that younger, student voters who are more likely to vote for one political party over another. The reasoning behind all of this is clear to me. Voting is a way to consolidate and keep political power that favors one group of people over others. Any disruption of this “system” is met with opposition in the form of preventing people from voting to change the “system”.

I put the blame for this directly on the political party who has a habit of making it harder from people to vote: the modern Republican party and those responsible for its leadership. They are fully aware of the demographic shift that is occurring in our country. In 30-50 years, they and their followers will become the minority in this country. This means there will be far less people who will vote for them and their conservative ideology. To defend against this, they use tactics to disqualify people from voting. Simultaneously they are using their elected officials, especially judges, to enact and enforce laws that will ensure their way of life and political “system” will continue to thrive and survive long after they are no longer the majority in our country. This is despicable, and it must be met with vigilance. We can’t allow people to be disqualified from voting.

Gary A. McAbee created the Wake Up/Rise Up Black America blog to have a powerful voice and positive impact in African-American neighborhoods, communities, and society. The articles posted are not only for African-Americans, but for all people due to their relevance and cultural significance. Along with his other blog, Motivation for the World, Gary can get people talking about issues that affect us all. He is the proud author of three self-help books: Wake Up! 42 Ways to Improve Black America Now!, the follow-up Rise Up! 42 Additional Ways to Improve Black America Now! , and Defining Success: One Word at a Time.

Voting: Yet Another One of the Remaining Great Disqualifiers

There are still a few barriers that tend to disqualify certain groups of people from participating in our democracy. Restrictions to voting and voting rights are one of these remaining great disqualifiers that negatively affect far too many people. The interesting part of this issue is the fact that voting rights are established for all citizens as a birthright. The only restriction that should prevent American citizens from voting is age, and once that barrier is passed the right to vote should no longer be an issue. However, even though it is 2016,  the fundamental right to vote is still not guaranteed for all American citizens. It is one of the remaining great disqualifiers.

To effectively make the point that voting has always been a disqualifier, we must look back through the course of our history. When our nation was founded, voting was an exercise that only white male wealthy landowners could do. Over time, voting rights were gradually extended to other segments of the population thanks to adding amendment after amendment to the US Constitution. Take a look at the timeline that nearly ended voting as a remaining great disqualifier. Then think about the continuation of the discrimination that remained despite of the amendments created to prevent it…

Despite the ratification of these amendments, major pockets of resistance to voting rights remained. These included denying the rights of freed male black former slaves from voting, even though the 15th Amendment allowed it. Females of all races could not until after the 19th Amendment allowed women to vote. Poll taxes, which were a pay-to-vote scheme, prevented many people from voting until the 24th Amendment made the practice illegal. Finally, the age barrier was reduced by the 26th Amendment, thanks in large part to opposition to the Vietnam War.

One must ask why these pockets of resistance to voting, otherwise known as remaining great disqualifiers, existed even after laws were put in place to abolish them. Something more sinister was taking place, and history has a way of documenting injustices for the record. At various parts of our history, the following groups of people were not allowed to vote: women, poor white men, slaves and free blacks, Native Americans, and in some cities, Jews and even Catholics. It would take two sweeping pieces of legislation to “end” voting inequalities: the Civil Rights Act of 1964 and the Voting Rights Act of 1965. Both of these laws included various parts which, in theory, should have ended all forms of voting discrimination.

After the Voting Rights Act of 1965 was passed, we must ask ourselves why court cases and laws created by individual states still to this day challenge the voting rights of so many groups of people. The door that closed on voting inequalities in the 1960s was opened by the Supreme Court in 2013 when it struck down a part of the Voting Rights Act. The Court determined that many of the safeguards put in place to protect voting rights for African Americans in the South were outdated and unnecessary. You would think that would be the case in 2013. However, soon after this ruling several states in the South and others controlled by Republican legislatures enacted laws that make it more difficult for some people to vote in 2016!

In 2016, many people face barriers such as reduced early voting times, new ID laws, and stricter registration dates and rules. Voting is still one of the remaining great disqualifiers. The recent headlines from the past week prove this is true. The good news is courts around the country are knocking down laws that put unreasonable restrictions on voting. For example, on July 29, 2016 a federal court struck down a North Carolina Law that included strict identification guidelines for voting. Other states, such as Texas, Ohio, and Wisconsin have similar laws that are currently being litigated.

As we complete this brief examination of voting in America, we must ask again why so many restrictions have been placed on the voting rights of so many people. The truth is that some people simply do not want others in our society to vote. This crosses over issues of race, gender, religion, sexual orientation, economic status, and political affiliation. Therefore, the only way to finally end challenges to voting is to adopt common-sense measures that can be applied equally and fairly for all American citizens. The following list is a good start:

These are only some ideas that may be developed in the future. For now, we have to rely on the court systems, as well as our elected officials, and everyday citizens to help ensure the voting rights of all Americans. Hopefully someday soon, this will be  this will no longer be an issue for any American citizen over the age of 18.Voting has been one of the remaining great disqualifiers for far too long.

This is a follow-up to my original posts:

Credit: One of the Remaining Great Disqualifiers

Education: Another One of the Remaining Great Disqualifiers.

Be on the lookout for my next post… Mass Incarceration: Maybe the Last of the Remaining Great Disqualifiers