Enjoy this flashback to an article I published in 2014… 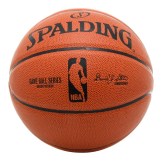 My first thought about LeBron James is I wish he would have stayed in Cleveland and won a championship for that city. Imagine the scene in Cleveland:

– LeBron James, the local hero, brings home a title to a town starving for a championship.

– Cleveland celebrates its championship with the Rock and Roll Hall of Fame as a backdrop.

– A statue outside Quicken Loans Arena serves as a permanent reminder of his greatness.

But wait, none of this happened! Instead, LeBron James took his talents to South Beach and the rest is history. Sure, he left the team that drafted him in search of titles elsewhere, but other athletes have done this, too. He teamed up with other superstars for a coordinated run at a title. It was not the first time this happened, either.

Did he disparage Cleveland and all things about the Cavaliers on his way out the door? No, he chose not to do so. Surely he must have broken a rule that prevents players from ever leaving one “workplace” to go to another? No such rule exists.

So what is the “crime” committed by LeBron James?

Maybe he should have told the Cavaliers of his intention to leave the team first. Maybe he should not have gone on television to make “The Decision.” I get it, but did these two missteps warrant the venom spewed at LeBron James from both fans and foes alike? After “The Decision,” he was instantly regarded as one of the most hated athletes in professional sports. I have to wonder why he still receives this punishment.

We want our athletes to be well-behaved on the court. This describes LeBron James.

We want our athletes to stay out of trouble and be model citizens. This describes LeBron James.

We want our athletes to play hard, play smart, and play fair. This describes LeBron James.

Is the punishment worth the “crime?”

Our criticism of athletes, though sometimes valid, can extend well beyond what we really know about the world they live in. We seem to think that we know how it feels to be a world-class athlete. We also think we know what it’s like to perform while millions of people are watching. We believe that we know how professional athletes should act just because they are well-compensated. Then we use this information, lay it at the feet of our athletes, and take inventory. Is it really a “crime” if they don’t measure up to our lofty standards as fans?

My second thought about LeBron James is I think he has been punished more than enough for the “crime” he committed. I want him to be judged by his performance on the court, instead of a decision made off the court. I guess time will tell if he will ever be embraced like he was years ago. Who knows? Just ask the multitude of Cleveland Cavaliers fans still dreaming of a championship and a LeBron James statue for their opinion.

UPDATE: King James returned to the Cleveland Cavaliers. In 2016, he led the charge and brought the city of Cleveland and fans of the Cavaliers the NBA championship.