An Analogy About Ferguson 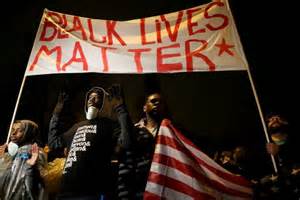 A story might help people understand what we are witnessing in Ferguson… I was walking through a department store one time. I was in my 30s, well- groomed, and nicely dressed. As I went along I noticed someone watching me. It was a lady. Who knows, maybe she thought your boy was kinda cute! Then I moved on and noticed a man watching me. Who knows, maybe he thought your boy was kinda cute! However, after about five good minutes of seeing the same 2 people everywhere I went, I knew the deal.

Here’s a little more information for you. If you know me well, you know that I started as a retail manager who was also trained and certified to be a store detective. My job included hiring and training store detectives, so I know a lot about this. In fact, I can walk into a store today and pick out the store detectives just by watching people. Back to the story…

I am not the type to cause a ruckus, or make wild accusations without merit or enough proof. So I subjected myself to five more minutes of being followed just to be sure. I even went back to parts of the store just to see if they would come too. They did. Finally I said enough is enough. I asked the nearest employee to get the store manager NOW. He came in a few minutes. In the meantime, my followers stood dumbfounded and wondered what I was up to.

I told the store manager my issue. I have a problem. He said it was not true and it was my imagination! I repeated myself and told him I was being followed. Again, he insisted that it wasn’t true. I told him about my background and knowledge of store security and procedure. He said, “we don’t do that here.” HE NEVER LISTENED OR GAVE MY CONCERN AN OUNCE OF THOUGHT.

Now the “rage” in me came out. I raised my voice just enough and so that the two people following me could hear. Then I looked for them and pointed them out! The two floorwalkers stepped out with their jaws on the floor. The manager immediately backtracked and apologized for the incident. Then he went to his detectives and walked them away while saying something. Who knows what he told them? Maybe he scolded them; maybe he said nice job. But the key is that he had a CONVERSATION with them. That was good enough FOR ME. I never returned to that particular store, but I still revisit the memories of that incident.

Situations like this have been well-documented by black people. On Twitter, these examples were called being “Alive While Black“…

How does this relate to the ongoing situation in Ferguson, Missouri?

As a final thought, the action I took of pointing out those who caused harm is the way that I looted and burned that store. Not everyone responds to perceived injury (real or imagined) the same way.

We stand with Ferguson!